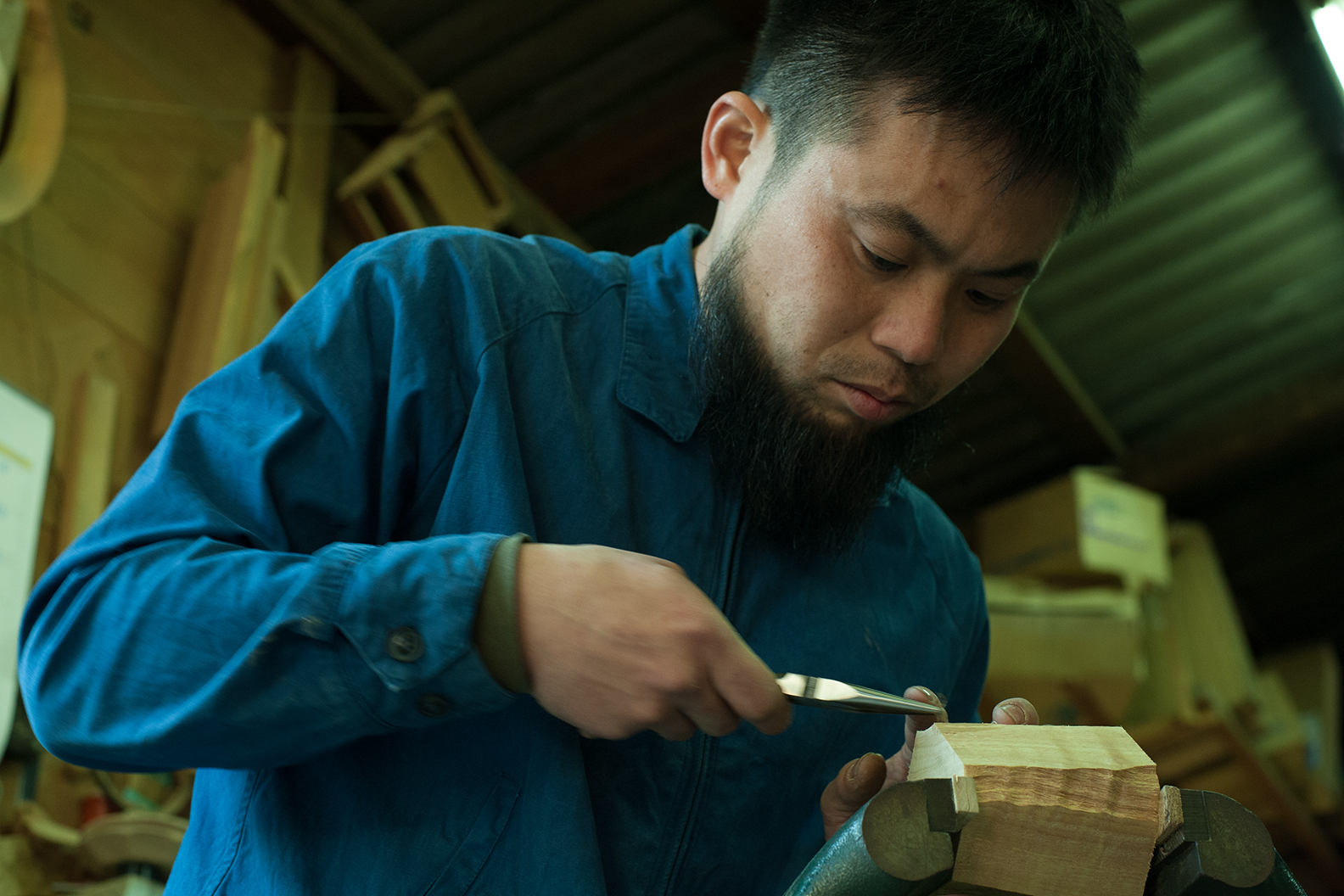 The weak sentiment of feeling lonely as a craftsperson does not exist in Satsuma, or at the very least, it is so in Akihiro Woodworks Studio. This might be an exaggeration, but this place certainly has not lost the positive and magnanimous spirit of the south that led Japan through the Meiji Restoration in the 19th century, which restored the emperor to power.

The studio is located 10 kilometers southwest of Kagoshima Chuo Station. The main building where the artist lives with his family is located at a comfortable distance from his studio and the two separate houses for his parents and brother——all built on the large piece of land owned by the family. One can tell roughly from the cedar wall panels in what order the buildings were built and how old they are. The beauty of plain wood is truly incomparable. It is striking when it is new and develops character as time passes. These days, it is rare to find an environment that makes me feel that way.

Father and sons work in the same studio, each pursuing their own projects. Of course, the four men help one another if the need arises. To me, they looked like kindred spirits in the studio as I watched them work. I wonder if it is the parent-child relationship or the fact that they are brothers that led them to have a shared love for wood and woodcraft and have such a strong bond as diligent craftsmen and family. The atmosphere in the studio is similar to what you may find in an art school, where you are free to express yourself. However, I also felt that they have kept the discipline and tradition from the old days, demonstrating the loyalty and filial piety seen in warriors in the past.

Jin creates wooden cups with beautifully geometric indentations. We always ask him to make each cup unique, and he never fails to deliver. Using the wide tip of a chisel for rough work, indentations slowly formed on the wood as he swiftly carves from different angles with a hammer. By Kimamori Tachizawa

Born in Kagoshima Prefecture in 198x, he is now working as a woodcraft artist in his hometown. His leading work is the popular Jin Cup Series with beautiful wood grain.
Jin Cup is a wooden vessel and designed for commercial use, so it may seem like the complete opposite from Uro, but Uro would not have existed without Jin Cup.
It is part of the LiM (Less is More) line, which includes KiKiSA KiKiLiM by Akira Ishikawa and KIKI, as well as KiTuNeLim by Bonzaipaint®.